Hello. I am Lee. Thanks for visiting my stunning website. What can I say, I’m a writer not a website designer.

NEWS:
We have just wrapped on my short film I’m Going To Give You A Ticket. Directed by Marcus Liversedge, and starring Jorden Myrie and Daniel De Bourg.

My comedy short Two Man’s Land was given the Special Jury Award for Artistic Achievement at the Baltimore Comedy Festival. It’s also being screened at the Discover Film Awards, and received a Highest Commendation at the London Worldwide Comedy Short Film Festival. 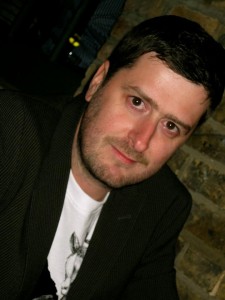 I have written for many TV shows covering a whole host of genres including comedy, hidden camera, quiz and entertainment. I have also written and produced loads of corporate videos as well as being published on entertainment websites and had work performed on the radio.

I have also worked extensively in development and have written many pitches for lots of different channels. I’ve written scripts for many teasers and pilots too.

Won a silver at Promax 2018 for Random Acts Of Kindness social campaign for ITV Creative (2018).

As I have a background in production, I am an extremely pragmatic writer with a confident grasp of the entire production process.

You can find examples of my work in the menus above.